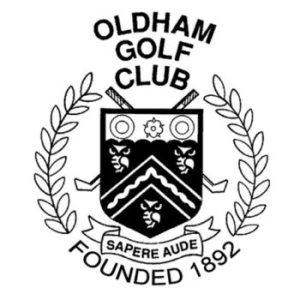 In 1892 a meeting was held in the ‘Albion Club’ in Oldham where a decision was taken to form a golf club on land where Oldham Golf Club still exists to this day. The course was created on the land of two farms. The ruins of one of the farmhouses can be seen between the 13th green and 15th fairway.

At the highest point of the course, which is 800 feet above sea level, and on a clear day you can see four counties with the Welsh hills and Jodrell Bank telescope in the distance. The course is classed as moorland with 8 holes played on the flat, a climb up to the 9th hole, tacking forward and backward across the hillside until the 16th green. A steepish slope down to the 17th ending with the 18th, aptly named ‘Home’

The first game of golf was played on 23rd July 1892 using rules obtained from Wilmslow Golf Club, a club which had been formed three years earlier in 1889.

A house along the road was used as a clubhouse until 1894 when a wooden pavilion was built on the course. This was used until around 1908/9 when the present building was constructed. It was designed in such a way that it could be converted easily into two semi-detached properties in case the club ceased to exist. The wooden pavilion was moved to a local club where it was used as a green keeper’s store and, more recently, as a swing room for the professional at that club.

A Ladies Committee was formed in 1896 and they played on the ‘Ladies Links’ – a 9-hole course within the men’s course. In 1906, as the cost of the upkeep proved too much, the ladies were allowed to use the men’s course. In 2007 Oldham Golf Club became the only club in Oldham and District to appoint a Lady President.

During both the 1st and 2nd World Wars competitions ceased but golf continued. Parts of the course were planted with kale and oats as part of the war effort. A local rule was introduced that if a ball landed in the crop fields it could be retaken from its original position without penalty. The ladies contributed to the war effort by taking wounded soldiers to a local restaurant for a meal and bought and distributed 31,000 cigarettes to the wounded lying in local hospitals.

Oldham Golf Club is proud that two of their male members played regularly for Lancashire. Harry Swailes, having won many major competitions in the club, became a regular Lancashire player in the 1950’s. Alan Squires began his Lancashire career playing in the boys’ team but progressed quickly to the main one. He won the Lancashire Amateur Championship three times and became Lancashire Captain in 1992, an honour he kept for three years.

Two unusual competitions were held in days gone by. One started at the clubhouse where six 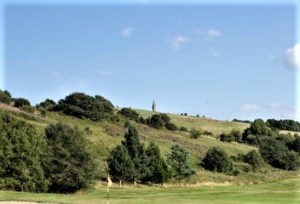 holes were played with correct golf rules and then play continued across country (under local rules) to arrive at Hartshead Pike – a monument on the crest of a hill, originally a Roman Fire Beacon site.

There were various formats of play – singles, four-balls and one with a team of three, where each member carried one club interchangeable with the other members of the team. A putter was left on the 18th green to be used by any of the players. The losing team had to pay for the meals.

The other competition was a challenge match where each competitor had to drink a bottle of beer at each tee. Needless to say, only one member of the four involved made it to the 18th! The remaining three were transported back to the clubhouse on the green keeper’s tractor and trailer.

Oldham is a small but friendly club with many traditions. On its Centenary in 1992 there was a celebration week of golf. Trophies were purchased using money from the ‘Wakes’ Club – a fund raised by the gentlemen members. These Centenary Trophies are competed for each year. In 2017, the 125th Anniversary of the club, photographs were taken of all the surviving Captains and Lady Captains.

These photographs takes pride of place in the main lounge today. 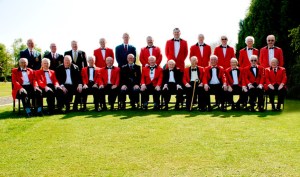 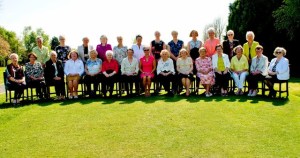 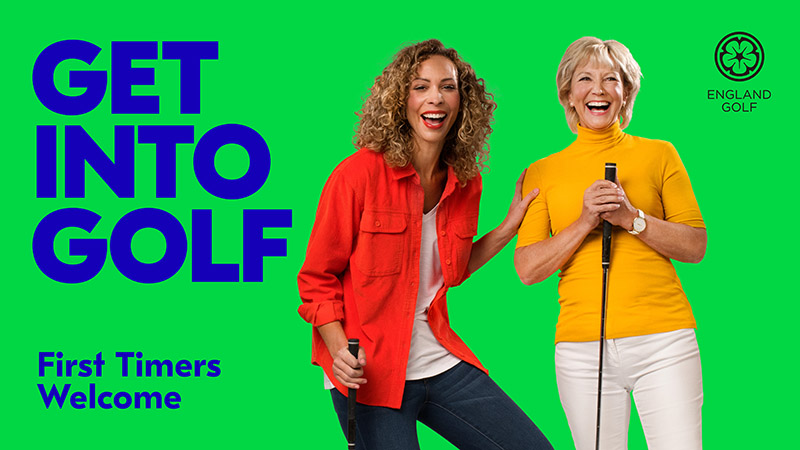